Rope dancing at the offertory

Here's a story about retired bishop of Sacramento, His Excellency Francis A. Quinn coming back to the diocese:

Here's a relevant tidbit for our purposes:

While living in a motor home behind the Tucson bishop’s residence for several years, Quinn worked with two Trinitarian priests, visiting seven churches on the Yaqui Reservation -- most of the church buildings being lean-tos. He worked as well on the Papago reservation and said Mass for a group of religious sisters.

The Yaquis, said Quinn, “are Roman Catholic to the core.” Their liturgies have been inculturated, including rope dancing at the offertory, he said, and “doing smoke blessings in the four directions instead of the penitential rite.” He noted, “It’s amazing that, out of a church of 200 people, about 150 will go to confession.”

Quinn said his spiritual life developed in working with the Indians. He used to find the Liturgy of the Hours “more of a burden,” but “now I get something out of reading it” -- even at night, when he normally would be reading Robert Ludlum or John Grisham. “The Mass means more to me now,” he said. “I don’t know why it takes so long truly to appreciate what the Mass is.”

Obviously, Cal Catholic thought the Rope dancing was the most important part of the story. :)

For the record, I don't know what rope dancing is, so I can't comment on its liturgical appropriateness. I do know that dancing during the Mass in general is a huge no-no, so I would assume that this practice would fall under that stricture. Dance is a part of culture. An important part. I wouldn't part with the tarantella or the Mummers' strut at a wedding. But if I ever saw Italians or Philadelphians do either at the offertory, I think I'd walk out.

On the four blessings thing. This has come up a lot in my research, and I've seen pictures of it. There's an aspect of this that is completely orthodox. The old Mass has the altar oriented toward the East, the rising Sun/rising son--and the whole church is oriented accordingly, with liturgical north for the Gospel, liturgical south for the Epistle, and liturgical west where the congregation is. Four directional liturgics is very trad! But I'd have to see what exactly these "smoke blessings" are before commenting on them.

I've heard similar things explained in some American Indian contexts: prayers to the Four Directions". It's that prayer language that throws me. Is there a St. Occident? Blessed South of Antarctica? Holy West the Archangel? Prayers are not directed to things, they are directed to persons. So the only way we could really *pray* to the directions if there were actually *spirits* of the directions, and one has no way of knowing if said spirits are actually in heaven or not.

We would be better sticking with the concept of praying *toward* the directions and not *to* them. It seems like the former is going on here with the Yaqui, which is very good. And it's delightful to hear the devotion to the sacrament of Confession.
Posted by Claudio Salvucci at 11:30 AM No comments: 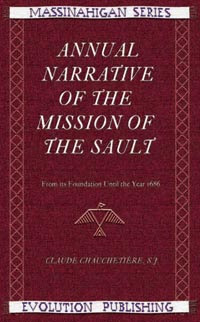